I do not know how many people know about Zine Quest, but it is a cool challenge that is going on in the month of February. People are challenged to run a 2 week Kickstarter for a small zine with some form of RPG content. You have lots of creators out there creating new material at a low price point. The zine range from OSR zines with a ton of maps, to awesome new settings for multiple genres, to complete microgames. If you have not gone to Kickstarter and checked these out you should, and more will be coming as the month goes on. Just go to Kickstarter and search for Zine Quest. If you are possibly interested in publishing a zine for the contest, check out this link for the rules to the completion. 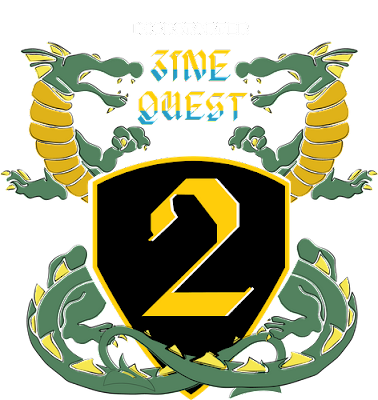 I have backed three of the zines so far, and I wish my wallet could afford more. Here are the ones I am getting behind, in no particular order. (Links provided to each below) 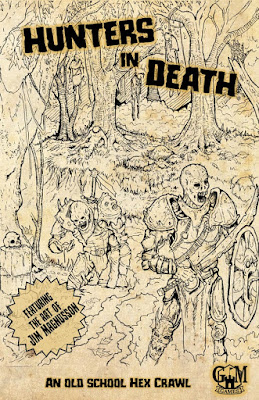 “Hunters in Death is set in the Komor Forest. A place that's consumed civilizations and birthed abominations. Yet there is a single outpost, Hounds Head, that holds back the darkness. It's a beacon for adventurers. Silver and blood are promised. And delivered. Some adventurers return with sacks overflowing with coins and jewels, but most fertilize the forest with their blood.”

I dug the art on this one, and I can always use another forest location that is full of blood and treasure. Seems like I can plug this in just about anywhere, possibly in one of the forests surrounding Helix in the Barrowmaze Megadungeon. There is something in the full description of the game that appeals to me, I like the “don’t expect anything in the way of balance.” It had a goal of $500 and it is extremely close to $3000 at the time this was written.


2 - Passages of the Living 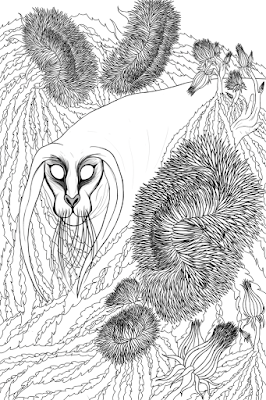 “This zine will take players on a journey into a land of the never-dying, a dungeon where the worst fate in most adventures may seem like the greatest mercy. Players will have to navigate a starved, hostile land, where their minds will prove their greatest weapon for their survival.”

Again, art is so important and this one brought me to this one again. The style is vastly different from the previous campaign, but it has a style of its own that seems to match the theme. I also thought this was an interesting idea. What happens in a campaign if your PCs cannot take a “Kill my problems” away mentality? This also seems like it will be portable and I can place it wherever I want possibly in multiple settings. As of the writing of this article the project was about 70% funded with nine days still remaining. It is only about $100 or about 10 pledges from being fully funded.

3 - Adventurer's Guide to the Yol'Najj Forest 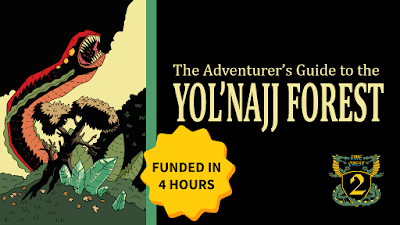 “The Adventurer's Guide to the Yol'Najj Forest is an adventure setting for intrepid travelers in any fantasy table top RPG. Focusing on the Yol'Najj Forest and the surrounding mountain range, the area is known as one of the magical power centers of the world. Recently, a great explosion ruptured part of the mountain range and showered crystals upon the forest, causing chaos and unveiling long hidden mysteries. The region will change around you based on your adventuring party's choices!”

Another plug and play setting that seems to have some interesting ideas, and the art looks cool and interesting again. Out of the three listed so far, this seems the most polished. There is no way this project was not started a few months ago and just launched a few days ago. In the full breakdown you are getting quite a lot for $10, it is shaping up to be a small book instead of a zine. As of writing this it has tripled its $800 goal, and several of the stretch goals are being ticked off the list.

These all look great, and there are multiple others that look great too, but I have a limited budget. I am excited to say that I was asked to participate in a Zine for Zine Quest #2 that is being quickly put together. I don’t know how much I am allowed to say due to an NDA, but those familiar with my work might be a tad surprised by the content. Hopefully more to follow soon. Get out there and support these indie creators, they are the lifeblood of our community.