Can We Talk About The Dungeons & Dragons 3: Book of Vile Darkness Movie?

I know…..Believe me I know……I was there opening night in the theater for the first Dungeons & Dragons movie. I attended a watch party at a friend’s house for the second Dungeons & Dragons movie. At that point I tuned out of the entire process. I did not know that they even released a third movie until 2018 when I read a random blog that mentioned it. I made an immediate search for it and watched it that night. I remember telling my wife before watching it, “This will be shit, but I have to watch it.” She laughed and told me that I did not have to watch it, but I did. And……..

I did not hate it, in fact, I kind of liked it. 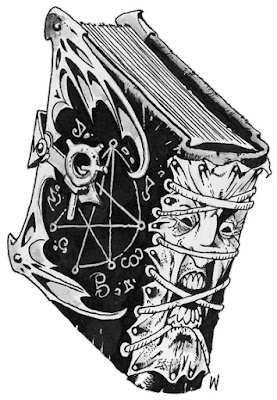 Don’t get me wrong it is not an exceptional movie by any means, but taking into account a few factors, it is an actual home run in comparison with the others. I do not think the movie would be enjoyable to people outside the hobby, but people who enjoy D&D might be able to get some cool stuff from the movie. Some of the characters are quite memorable, the plot is very Dungeons & Dragons, the special effects, while not great, are evocative of the game. The acting has its limitations, but I can honestly say that they are trying. It is also a more adult story than the previous two movies. There is some nasty gore, orgies, and some really evil acts. What were expecting from The Book of Vile Darkness? The story feels like it actually has at least a modicum of weight to it and I like the situation that the main protagonist is placed into and what he must do. They throw in some obvious 4e references like what armor the main character should buy heroic or paragon. Cheesy, but it is not altogether ruining of the story. 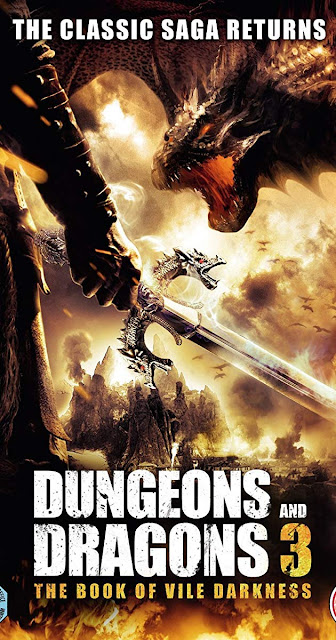 I am going to try and explain bits of the movie without spoiling the whole thing. I will try and stick to information that can be gleaned from the trailer provided with this article. With that being said, here we go. The story is about a young knight/paladin that is in search of his father, who himself is also a knight/paladin of a sacred order. He learns that a group of foul mercenaries are working for his father’s abductors and decides to join them in order to learn the whereabouts of his father. The mercenary company is looking for pieces of the Book of Vile Darkness in order to reassemble it and rule the world. While working for the mercenaries the knight is forced to make decisions on how far he is willing to go in order to rescue his father. He is faced with interesting decisions and moral dilemmas that would be fun as a DM to make the players face. He is constantly faced with blowing his cover, or doing something against his code of honor.

The main characters are the following:

Lesson For Our Games

This movie is an interesting example of how you could in theory run an evil party without it going completely to shit. It actually has a paragon of virtue knight running with them as well and it seems natural. The evil party never quite trusts one another, but they need each other to accomplish their goals. Do I recommend running evil parties, in general, no. If you were going to do it though, and you had that one hold out that HAD to play a paladin, this is a way you could go about it. It would take a lot of maturity from the players, and accepting to precepts before the game even started. It could work, it has a lot of ways it can go wrong, but it could work.

I also like the way that you could see alignment through this movie. The young knight was obviously a Lawful Good person when the movie begins, but he is forced or tempted throughout the movie to make interesting choices. I emphasize the word interesting. Many times, I am guilty of it too, DMs put players in situations that at stark good or evil, it is the gray decisions that are so much more fun though. I have a thing I do with my parties that I occasionally write them “Love Letters” as stolen from Apocalypse World RPG. These letters are basically downtime actions and situations that the players face. Since I am writing them ahead of time, I have plenty of time to make the situations “interesting”. Below is an example from my game.

Dearest Hera,
You barely scrapped out of that last bit of fun didn’t you? You left the corpses of at least four followers and one companion on the field dead. You are finally getting some time to rest and recuperate in the fine town of Helix. One day Hendon comes up and asks to speak to you. He states that his son, Tamson, has been acting funny lately. He is extremely sullen and generally does not eat well anymore. He is worried about his son and was hoping you might take a look at him. He knows that Paladins often times have the ability to heal disease and he fears that he caught a nasty pox. Hera, your father taught you about such symptoms and they are often psychological. Your father said these people were suffering from “Soldier’s Heart”. Sometimes when a solider sees something they cannot comprehend, something inside breaks and they cannot function well in society.  Curing diseases of the mind is generally not the area of magics, but you have heard of men and women who work in the powers of the mind. They often gather in remote monasteries to practice their traditions.

Hendon believes this illness that has struck his child was cause by his overbearing nature in wanting to protect the boy. He feels great guilt about this and is desperate for a cure. You can alleviate that guilt by telling him the truth that you were using his child as a guide. This will solidify that he will not trust you or your crew ever again, thus not allowing you to help Tamson with his illness.

You can keep the secret to yourself an obvious lie of omission, and attempt the help the boy with the father continuing to feel guilt for a crime he did not commit. 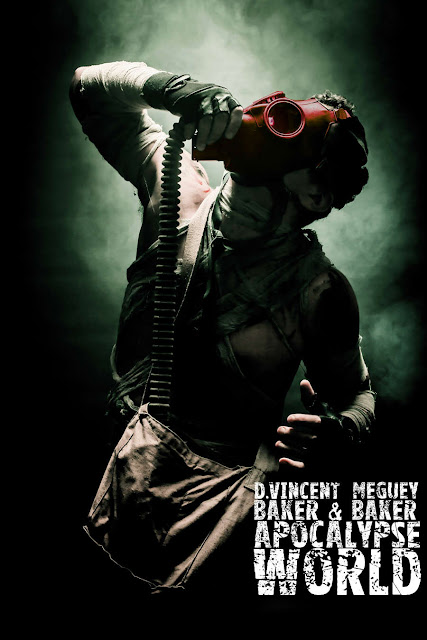 The group had approached Hendon, the father, to act as their guide, but he refused not wanting an adventuring life anymore. His 15 year old son, Tamson, knows the area quite well and was guiding the group without his father’s permission. The group knew his father would not approve. They used him several times, but the adventure just before this the party was attacked at night twice by undead, and they lost several members of the party. The boy panicked and had never seen undead before, let alone them feasting on his companions. It broke him a little. Now the paladin has to make a choice, lie, in order to be able to help the boy in the future, or keep the secret, but let the father believe he is to blame. I think this is an interesting choice, and scrapes some alignment boundaries.

Is it a great movie, no. Is it and interesting movie for some, yes. If you can check it out, I see a lot of reviews on amazon that say it is much underrated, and I would agree with that sentiment. To me this is the best “official” D&D movie we got, and I do still watch it on occasion for fun. Like just last night to prepare to write this today. I tried to stay brief on details to not spoil much of the movie, so if you can find it, give it a chance.


The DVD can be found here, it looks like it is region coded, but can be played on computers.