One of the most important things in any role-playing game is WHEN should a die be rolled. Controlling this is one of the DMs most coveted tools because it can set the tone for a game. In general rolls can be done in one of three places, before the fiction, during the fiction, and after the fiction. When a roll is called for and used determines a lot. If we are discussing D&D (and its clones) the older we go the less skills there tends to be. So, when should you roll a Find Traps roll with a PC? Does the PC have to say they are using the skill? Should the PC roll it or should the DM? How detailed should the PC be about what they are doing? These are some of the questions that DMs face when running a game. I am sure that some people will claim to have the “right” answer to this question. I personally feel there is no “right” answer, just the answer that works for me. This is how I use skills in my game and some of my rationale for why I use them that way. 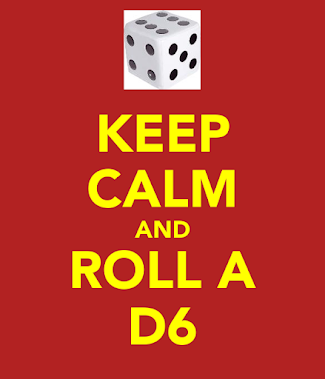 To ruin some of my “old-school credibility” I play in a semi-monthly 5e game with my friend who I started D&D with in 1990. One thing that I hated with the 5e system (that many, but not all people do) was the idea that if my character does something directly it triggers a roll, not a solution. Example: My dwarf examines a treasure chest, I specifically state that I am looking in the keyhole for a needle or device. I even stick a knife blade into it to spring a possible trap if one is there. I am told to roll a Perception check with advantage, I still roll poorly. My character decides to open the chest and I am stabbed with a poison needle. If I were running this in my games, the PC would have seen the trap without a roll, because they were looking in the right place. If the player does a thing and, in the fiction, it makes sense they would see a thing, then they do. I assume competency on the part of the PC characters. I see DMs report running this style of game all the time. One in which the PCs must be EXTREMELY specific in what they do to figure out traps and the like. You might believe this is abundantly correct, but then the issue comes up, what is the Find a Trap skill used for exactly? If I need to be specific about what I am doing, and I don’t specifically mention I look in that keyhole should I roll? Should I automatically get hit with the trap? How much detail does a PC need to go into to gain a benefit? More importantly, what is more fun?

This is how I run it, I am not claiming this is the only or best way to do it, just how I run it for my games. First off, if the PC does an action, they do an action. If they state they are searching the throne for buttons that activate a pit and there is one, they find it. Second, I use the 1-in-6 type rolls often as a passive alert. If the PCs are moving at “Dungeon Speed” the idea is that they are mapping, trying to be quiet, and looking for things out of the ordinary. I will roll for them to find a trap even if they are not specifically looking for it. If they approach a door and they should be able to hear a ruckus party going on in the other side of the door, they hear it. If there is a possibility of hearing it, I will roll for them, many times without them even knowing. I allow these skills to be used as shorthand too, to speed up game play. If we went into EXTREME detail for every room the PCs come into with their searching, we would possibly clear three rooms a night. I allow them to say “We search the room for X.” I will then make the appropriate rolls. I will often telegraph in rooms with interesting things (secret doors, hidden treasure, etc) with details so they can zoom in on that. If they want to tell me specifically what they are searching, I will then decide accordingly. I do not think this was the intended way to handle these situations, but I think it is fair and efficient.

Demi-Humans often must pay a premium (in XP) to get bonuses to these skills, so let them be skilled in it. I often roll the player(s) with the highest in each skill first, to see if they notice, then everyone else. Once one player achieves the roll, I usually stop. I let that character shine. You will notice that the Elf in my game often hears things and finds hidden doors and no one else does. Because I tend to roll him first and he then gets to take his moment in the spotlight. Making sure that everyone feels their character adds something to the party is important. Even the filthy Demi-Humans. 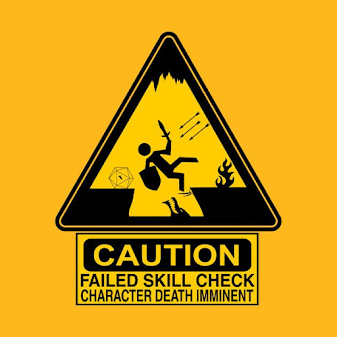 I also tend to use Ability Checks which can be controversial in the Old-School community. I do not think I overuse them, because of assumed competency, but they are still used. I try to keep in mind that Magic-Users know magical stuff, Clerics know religious stuff, Dwarves know dwarven stuff, etc. I generally give them automatic information based on their realm of expertise. Ability checks come in to adjudicate things that fall outside the common in those realms, they fill in the gaps so to speak. I also admit that I do far more INT and CON Ability Checks then others because I think the stats are under used compared to the others. This means having a higher INT and CON has some more useful benefits. I generally see Ability Checks as the opposite of Saving Throws. Saving Throws happen when something is done to the PC, Ability Checks are when the PC does something to something else. I can see a game going on just fine without them and the DM just coming up with a X-in-6 chance of everything, but I enjoy them and will keep using them.

Overall, the thing I like about older systems is that they do not have a robust skill system. To me this was something that kind of spoiled AD&D and D&D beyond that. Second Edition’s proficiency system was too limiting in that they had TONS of skills, but you got so few you felt your character was inept. Third Edition you could do any skill and skills stacked with skills and had bonuses from class and feats and synchronicity and what phase the moon was in and the list goes on. It was too much. I like the way that OSE/BX keeps things simple, and it is a big reason I continue to use it. 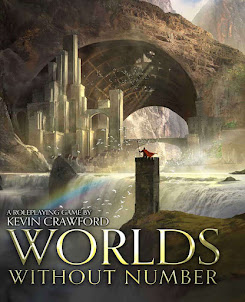