Problems I am Having Trying to End My Campaign

Breaking Up Is Hard To Do

It is very difficult to end a series of books or movies in a completely satisfactory way. Often people love a series up until the end. Take GoT both the series and the novels have more and more critics as time goes on and I feel with the upcoming ending, people will be complaining no matter how it turns out. I now have sympathy for these writers because I am having similar issues, and getting a satisfactory ending is proving to be quite difficult. I am currently in the process of ending my yearlong campaign that I have been running for my school’s tabletop club, for which I am the moderator. I would love to say that it is going well, but I believe that some of the wheels are beginning to come off, and I am running into some problems. I am hoping my issues can help guide you in the future to having a more successful ending. 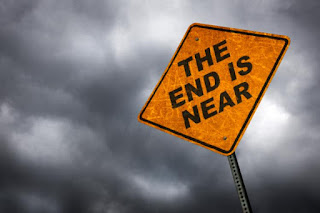 This was a big issue. I told them about a month ago that the game would be ending in about 3 months, and the game has not been the same since. I thought preparing them ahead of time was a good thing. I was wrong. Almost from the moment I mentioned it the tone of the game changed, it seemed like people were more willing to do foolish things pervaded the group. I believe this is because at this point, who cares? These characters are not going to be around soon enough, so the care they put into them is starting to fade. Character in-fighting has become a central issue, and longstanding grudges between characters is starting to bloom into outright violence. People messaging me saying, “Would you mind if I kill such-n-such’s character?” I believe this is coming due to the fact that if they do it, there will not be long term fallout.
At times I sense a certain amount of apathy at the table too, like none of what they do now really matters. I have been playing for about 30 years, and I have been hardcore DMing for that past 8 or so, and I think I can read a table vibe. The level of excitement seems to be down, and I was even tempted to just call it a day on the campaign all together. As mentioned earlier, all of this started when I mentioned the game was ending soon enough. The simplest solution to this problem is, delay telling the players the campaign is ending until it is absolutely necessary. I could have continue to ramp up the action and continue to develop the plot in bigger ways, without giving away the goose.
People might ask, “Well, why end it then?” I really do not have a choice. Since this is a game through a school club, the year is ending, and most of the group is either graduating, or leaving the school at the end of the term. I would rather try and have an ending, even a less than satisfactory ending, then plunging ahead and letting the group slowly disintegrate over the following months. Thus, my decision to end the game. This leads right into my second problem…. 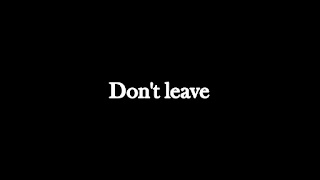 But it must end

I really enjoy the game, and really enjoy the campaign, but it is unsustainable. One thing I loved about it was that it was reminiscent of the games of my youth. My salad days, if you will. I played a ton of RPGs from the ages of 10-25. My friends and I had several multi-year campaigns and adventures with real depth, the meaty stuff that a lot of us enjoy in RPGs. As I got older campaigns, especially those of any real length, were an impossibility. Between work, home life, wife, kids, and everything else adults have to deal with, getting together to run an epic campaign was an impossibility. Since this is run through the school, it is literally part of my job to do this campaign and encourage students to get involved with the school itself. It really is a dream situation.
I think I know what I fear, looking back over the years after all the failed campaigns that started and sputtered out quickly. I know that what I have here is rare, and does not come about every day. This campaign is special to me, and for many of my students this is the first D&D experience they have ever had, so I am assuming they will remember it, hopefully fondly. It is a tad selfish, but I want the experience to go on, and I do not want to give up something that has brought me personally, a lot of happiness. It brings up the question of, will this be possible in the future? Will I get a chance to have this kind of an experience again?
All of this psychology goes through my mind, but the simple truth is that it is possible to have another great game in the future. I just need to realize that what happened here was special, but not unique. This can be recreated and I can get another great group of players, and I can run an equally great campaign going forward. Another fact is that I have 101 ideas for future games that I want to try, and now I get to explore those ideas too. These are the things I keep needing to remind myself of as time goes on and how to focus on the future.

Problem #3 – I am afraid the ending is crap. 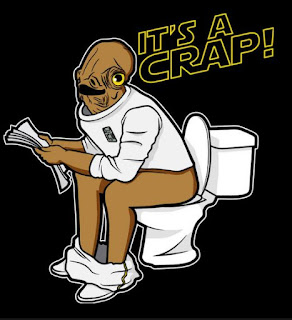 Does this only happen to me?

In general, I do not doubt my DMing skills. I spent years playing indie/story games having to improvise on the spot as both player and DM. I have good skills in creating broad plots, and letting the players do as they wish, improvising the gaps. This has made for a great campaign that went places that I never would have thought, because the players did something surprising and I went with it. Whole huge chunks of this campaign were created due to a few players looking at a map and saying, “I wonder what is in that small section of woods there, maybe there is a druid.” They wanted a druid, I gave them a druid, and that character became pivotal to everything to this day.
The issue is that this does not work as well with endings. Endings, in my opinion, cannot be as free form, because I cannot open new plot threads, because they cannot be answered with the time I have left. The limit on time, creates an artificial restriction on play. I have never in all the time we’ve played, said “Here is a list of things that need to be resolved, go out and fix them.” I put out threads, if they followed one over another, that thread became the new focus. With this ending, I wanted to make very clear what was happening, who was doing it, and the stakes for non-action. To me, it feels a bit more railroadish, than I’d like, but maybe that is just the nature of the situation they face.
The solution to this problem is purely having confidence in myself. According to my players, they love the game and spend their free time talking about the game with each other and planning. I have done, by their accounts, a good job up and through now, why would that change in the end. Will my plan go exactly as I see it in my head? No. Will I be able to scrap together something that is very reasonable? Yes. I am sure that most of my players are going to enjoy the ending, I just need to have a bit more confidence in my skills.
Overall, starting and ending games are the most strenuous times I feel for a DM. In the beginning you are trying to get the players into the world, meshing with each other, and setting an overall tone for the game. In the end, you are trying to tie up all the loose ends you left along the way, and give each player a moment to shine where the spotlight is on their story. By definition, we as DM will have to do former, far more than the latter, because many campaigns end abruptly without resolution. With each campaign that you actually finish though, you will find a little bit more skill in wrapping up the world, before starting over.

It is over, but it leads to other great things.

PS For the record, I do really love the current group that I am running for, as they are a great set of people. I was honored to be their DM for this past year, and I wish nothing but success to them in their future lives, and future RPGs.