Why I Made the Switch to Death & Dismemberment

Death and how it is played out is always a funny and contentious topic for people playing RPGs. Many people want to stick to the letter of the law in the rulebooks, and many others think that harsher rulesets spoil people’s fun. There is no correct answer to this little problem, but there is a correct answer for your particular table. In the past few years I have experimented with several types of systems regarding death in my Old-School Essentials games. We really need to ask, “What purpose does death serve in the game?” Death is a mechanic, just like AC, so why is it needed? We could just as easily have characters always get knocked out, and come back to the game right after the fight. Is it to “punish” the bad players for making stupid decisions? I’ve found that many players play the game extremely smart, but bad luck can kill a character, so is that fair? If a character can go down in combat and get back up with no consequences whatsoever, do they have a motivation to play in a reasonable manner? Answering the question of “why” we have the mechanic in our game can give us an idea of what type of mechanic to use. 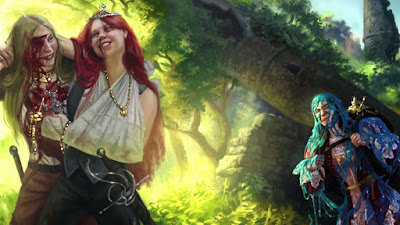 The first thing that I did for a while was go back to my 2e roots and allow characters to go to -10 hit points before death. I had them bleed out at a rate of 1 hit point per round unless bandaged. The pros to this system are that it can create some form of desperation on the battle field as a companion is bleeding on the floor. Since the range is so big though, 10 points, I often found that people would say, “Don’t worry, I’m only at -2 I’ve got like 7 more rounds.” This kills suspense and is basically an abuse of the mechanics, but it is hard to avoid. Overall the system felt a little too generous and players could abuse it only really having to worry about death with an unlucky critical roll.
Next I swung the opposite direction and just had players who hit 0 hit points rolled a save vs death. If they succeeded they were knocked out, if they failed, they died. This certainly created a lot of death in the game. I was averaging 1.5 PC deaths per session. This definitely created a sense of caution in my players, but almost to the point of stagnation. Players would endlessly debate options because everyone knew they were a single roll away from death and PC reset. Life was cheap and so were the characters that my players were creating. This also gave an advantage to classes like the Dwarf who have a great Death Save versus other classes. Dwarves were downright unkillable, especially the one who got a Ring of Protection. 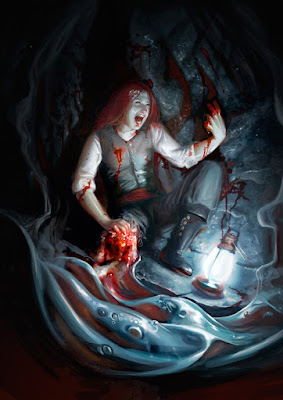 This caused me to really think about what I wanted out of the death mechanic and I decided that I wanted the death mechanic to serve as a PC clock. The PCs start the game fresh as a daisy, but as the clock ticks, they gain scars, injuries, and possibly death. I decided to use Goblin Punch Death and Dismemberment v.23 as my go to death mechanic. This has some of the best features of the previous two systems, and eliminates a lot of the things I did not like about them too. The other great thing is that it is compatible with almost any OSR system.
For those that are not familiar with Death & Dismemberment rules, characters who reach 0 hit points are not automatically dead. Up until that point they are taking superficial damage, once they hit 0 hit points they are taking massive hits. They now run the risk of losing limbs, becoming blind, gaining massive scars, etc. This also can lead to some cool moments, I had a character battling several enemies, and he lost the use of his shield arm, had a concussion, but still battled on. Characters don’t want to go below 0 because major injury can happen, so the fear is still there, but death is not assured. They still might bleed out over the floor, but the time frame is much quicker and desperate. I now have some heroes with some great war stories, and the wounds to show for it. Over time their characters are becoming richer, but also are becoming more mangled and might have to retire. My players love this system compared to the previous versions I have used and it is right for my table. 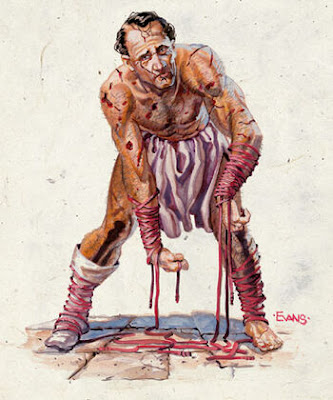 I would highly suggest taking a look at the death mechanic that you are using and does it do what you want it to do? What do you want out of a possible PC death? Do you want it to be more dramatic? More cut and dry? Or for it to have lasting consequences. I prefer the latter, but I believe there are situations where all 3 are viable.

Goblin Punch blog can be found here and has lots of great content.