This game flowed a lot better than the first one, mostly because beginnings are hard. You do have to do some shoehorning to get characters where you need them, to set them on their way. Since all of that was behind us, the game really flowed. I felt a bit more confident in my knowing of the story and the options I wanted to put in front of the players. I am still striving to keep the game a bit more open than the “story” allows, which hasn’t been too hard. I am also desperate to sprinkle in some foreshadowing for characters and plots later one, which seem to come out of nowhere. I am going to be a little more discreet in my details (not too much) mostly because I forgot that my actual players read my blog and some details could get spoiled.

We left our ban of adventurers crossing the broken bridge into the keep after clearing the goblins out of Nightstone. Shandy, after crossing the bridge pauses and has a “glitch” and his normally dulcet blue glow, becomes a raging red flare for just a minute. The player decided to take a level of barbarian based on how we constructed his background that he has absorbed others memories. This confluence of emotions causes him to erupt with rage at times and makes him quite dangerous. The “cleric”, Ionas, took a level of wizard working towards a specialization in Divination and Izumi took a second level in Bard.
Once Shandy snapped out of his trance, he then led them into the main hall of the keep where the four guards are arguing over what to do. They had been stuck for several days with the corpse of their beloved leader, and their town had fled. As described, I played them as infighting and looking for any form of leadership. Izumi being a minor noble fulfilled that role quite nicely and they “snapped to” quickly. The guards explained about the flying castle, fleeing villagers and guards, the cave to the north, and the death of the lady of the house. The group chats and decides that it is going on dusk, they should bury the body in the family crypt, then rest for the night and head to the cave at dawn. Little did they know they wouldn’t be getting any rest soon! 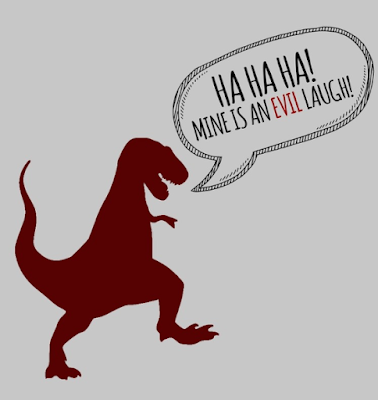 As they are making their way back into town, they spend some time making a jury-rigged bridge patch that I rule can have one person at a time go over it, slowly. As they work the sounds of distant horses approaching alerts them. They try in vain to get to the main gate and close it, but horses are much faster than people. They then meet up with the Seven Snakes, who try and make a deal with them. I tried desperately to not make the Zhentarim mustache twirling villains, but corporate focused people looking for advancement. Xolkin, the half-elf leader of the Seven Snakes, told them they had received a rumor that the town had been “vacated”, and they were here to help rebuild the town and establish some law and order. The players were not having any of it. It tried to escalate the negotiation, Xolkin offered to let the PCs take anything at all that they could carry out of the city, and the would not try and stop them. They even said they would be more than happy to take the townsfolk back and help the rebuilding process. PCs gotta PC, and they are not having it.

Kella, who had been helping the PCs, but was secretly a Zhent, tried to convince the PCs that this wasn’t their problem, and she would happily take armfuls of treasure and leave, if they’d come with her. The book suggests that Kella immediately reveal herself as a Zhentarim Spy if the Seven arrive, I found that to be stupid, why would she not try and play them from the other side to achieve the larger goal of securing Nightstone? They actually considered it for a second, but Izumi was steadfast in her refusal and drew her sword and moved towards the Seven screaming in the Wa tongue trying to intimidate them. I did note that the PCs started this engagement, not the Zhents, thought the PCs would deny that later.  The Zhents feeling they had tried to be reasonable, draw weapons and begin combat. I only have 3 PCs and this fight was pretty hefty. Six Bandits, a Bandit Captain (who gets 3 attacks) and a Spy.
I am not going to do a blow by blow, but here are the highlights. Izumi charged while Ionas held back, Shandy did not know where to go to be a meatshield. The Zhents filled Izumi with arrows, and she almost went down, while Ionas caused the Bandit leader to flee with Command and dropped another with Sleep. Holding back, and seeing this Kella made her move and stabbed Ionas in the back so hard it dropped him. This caused Shandy to run back to Ionas, and Izumi did some Healing Word action on the Cleric. It was looking real bad as the Bandit Captian came back when a loud noise of a church steeple snapping went across the field and a Bronze Dragon landed in the battlefield. He immediately started in on the Zhentarim, and the battle was a forgone conclusion, with Kella giving a noble effort to escape, but being caught by Shandy.
The dragon turns into a Halfling and introduces himself as Felgolos. I am playing Felgolos as an extremely positive, happy dragon that comes across as a 80s surfer. He is very into auras and says things like, “Mad respect, you tried your best Bra.” He then proceeded to dump some exposition on the party and talk about how giants are playing beat’em up with the North and it is all a “bad sitch”. He was the dragon that attacked the Zhentarim caravan with Kella, because “they’re assholes, man”. He is completely fascinated with the group and talks their collective ears off.  He agree to stay and “chill” for a bit with the party. They plundered the Zhents and I rolled a 00 on the treasure chart and they ended up getting an Iron Ball of the Billaro, which is pretty sweet.

Kella is tied up and Shandy basically ties the other end to himself to not allow her to escape. She basically has a conversation with him that amounts to, “If you are going to kill me, kill me. If not, let me go. What is your exact plan here? Do you even have a plan?” They chat and Shandy comes to realize she isn’t evil per se, she just wants to climb that ladder and have a better life. She is willing to go to a bigger extreme than most to do it. Shandy also brings up that the Zhentarim “attacked them” to which she reminds him they did not, they were trying to negotiate and were attacked, and the Zhents defended themselves.
That night while on watch, Shandy saw off in the distance a large group of torches moving through the woods towards the keep. This is the Orcs from the Blood Spears (I renamed them from Severed Ears). I know Orcs don’t need torches to see at night, but I thought the visual was cool like from 13th Warrior. This gave them a little warning that the Orc tribe was coming, and they could get prepared. They ended up being heroic and wanting to find out the situation about the possible villagers in the cave, and wanted to get information back to the Harpers in Waterdeep about the free-for-all of people coming for the keep. Instead of keeping a Bronze dragon around for the fight, they sent him to the cave, for recon, and to Waterdeep for assistance. Felgolos did report back to them that it appears that the villagers are captured by goblins in the cave, but he was too big to kit into the cave in his dragon form to save them. Convenient, I know, he then took off for Waterdeep.
The Orc encounter was a weird one, because it is difficult for the Orcs to do much. The Eye (Caster) that the Orcs have was the biggest weapon in that he was able to eventually drive the PCs off the wall with Spiritual Weapon, though he did try twice to Command them to “Jump” which would have put them into the river, and in a world of hurt. The group tried taking the Orcs out one at a time with missile weapons while they spread out looking for a place to get into the village. Kella the whole time was tied up, but giving helpful advice, because she didn’t want to be “eaten by orcs”. Eventually the Orcs find a way in, by climbing up by the broken bridge, and the Orc commander (who statistically is a bad ass) charged up the sloped area blessed by his gods and rumbled with the party as the other Orcs cheered him on and occasionally threw a javelin. Luckily he was already injured by a conflict with Elves, and he dropped before the party was decimated, and the rest of the Orcs fled. Just before he made it to the top, Shandy cut the ropes from Kella, and told her to flee, in an act of compassionate mercy. I had her leave, not knowing exactly what to do with her?